The Quantum has been designed as a new fast load carrying Expedition Sea kayak. Its built for speed, its swede form (widest point behind the cockpit) for the intermediate to advanced kayaker.

A lighter version is available specifically for kayakers who want to use the kayak for fitness training. It is relatively easy to keep this kayak moving through the water at 5 knots.

It paddles well of the wind and it is possible to surf down the face of a wave and climb up and over the next.

A unique feature of this kayak is a rudder that folds down into the deck. This makes the kayak far safer for someone rescuing the kayak and paddler.

Optional Extra:
The optional self-bailer is a unique feature on the Quantum. This is fitted to the cockpit area and it is possible to empty a relatively full cockpit in under a hundred strokes. 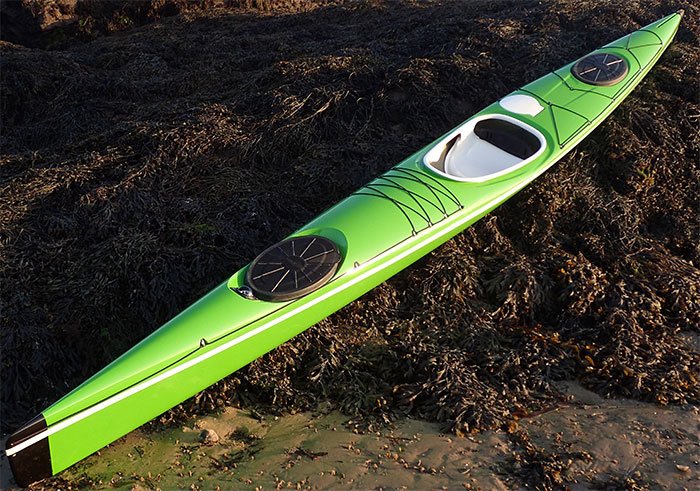 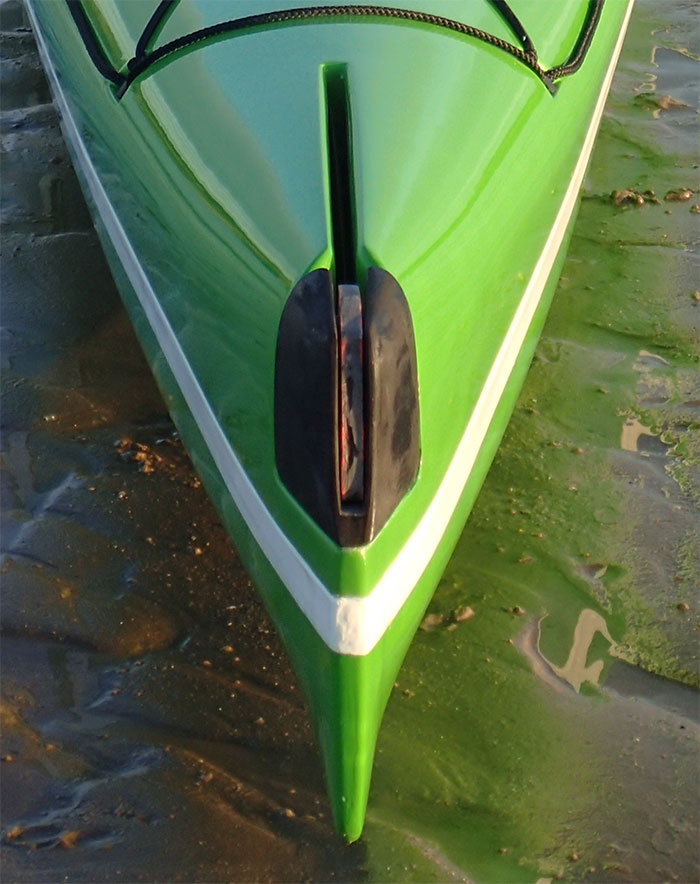 The rudder folds down into the deck. 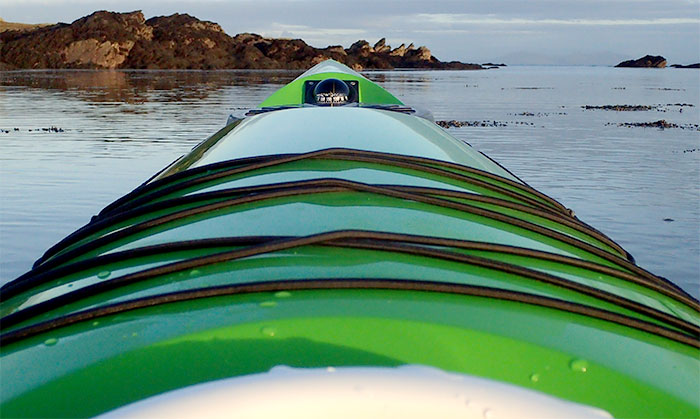